It’s the third annual Derby episode, recorded in the heart of the Ft. Lewis Derby party! It’s a free for all crossover as Carrie and Lauren are joined by Shawn, Chad and John from Bourbon and Bad Opinions. We talk derby topics, Kentucky topics and lots of general nonsense. John talks about his first job at Kmart, Carrie explains why she will never go back to Churchill Downs and of course we play some Take It or Leave It. There are plenty of beverages consumed in this one, keep the party going and give it a listen! 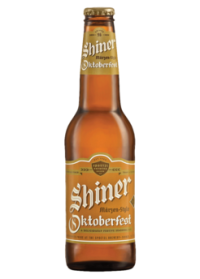 Lauren picked from the Derby Party  beer roulette cooler and ended up with Shiner Bock’s Oktoberfest.  It’s definitely not even close to being Oktoberfest, but that’s the chance you take when playing beer roulette.  Since this is a seasonal beer, it’s been at Ft. Lewis for a while, surprisingly it was still drinkable.  Lauren didn’t hate it and would absolutely drink it when September rolls around.

Since it was Cinco de Mayo in edition to the Kentucky Derby, Carrie doubled down and went with local Lexington brewers West Sixth Cerveza.  This is a light, crisp, refreshing beer.  It’s everything you want in a beer for this time of year for the back porch.  It’s available in 6 pack cans, if you can find it in your local grocery or liquor store pick some up!