After an exclusive three week tour of Europe, Scandinavia, and the sub-continent, Stacey returns to GBS…for Zima. We’ll share tips for how one might enjoy a Jolly Good Zima..well, there’s really just the one way. In the don’t-try-this-at-home department, we’ll talk about gander-pulling as well as some yard games you might actually want to try for your US Independence Day celebration, plus we battle the network stars in an all new Pick Em. Grab a Zima and a Jolly Rancher (get instant Halloween mouth) and give us a listen!

Carrie has made Lauren, Stacey and even Leigh try some weird beers/ciders (The Fling last week is a prime example) over the course of the podcast, but nothing has been weirder or more terrible than drinking Zima, complete with a Jolly Rancher (note Lauren managed not to fling her’s across the table this week).  The 90’s are back and it’s  brought this alcoholic malt beverage with it.  We all had recollections of drinking Zima when it was a thing and one sip of it brought all of those memories back and not necessarily in a good way.  Leigh was left out of this one, which she was thankful for.  Since the classic way to drink this beverage is with a Jolly Rancher we did just that.  Lauren went with sour apple, Stacey and Carrie both went with cherry.  Leigh’s favorite Jolly Rancher flavor is grape and she just ate the candy without having to drink the Zima.  Without the Jolly Rancher we all agreed that Zima basically tastes like flat overly sweetened Sprite.  Carrie remembered that is why she didn’t like Zima when it originally came out, Stacey and Lauren pretty much agreed.  The Jolly Ranchers didn’t do the beverage any favors.  Stacey basically called it cherry flavored cough syrup and Lauren said that it actually got worse. Saying, “It’s instant Halloween in your mouth”.  Carrie didn’t think the Jolly Rancher was terrible, but that it didn’t add anything until the very end.  Lauren and Stacey did manage to finish their share, but not without some serious difficulty.  If  you don’t remember the taste of Zima and are looking for a nostalgia trip then pick some up (remeber it’s a limited release, says so on the package), or just listen to the podcast for our reactions, cause we drank the Zima so you don’t have to!

Leigh’s pick this week comes courtesy of Pivot Brewing’s packaged sales.  The Zeffer Cider Co.’s Zesty Citrus infused cider is crafted in New Zealand and at 5.0% has a great flavor.  The nose on it is very nice, with a pleasant citrus flavor.  It’s not too sweet and the citrus gave it a light, refreshing flavor that you might not find in other ciders.  If you can find this, definitely pick it up, and the bonus is that it comes in a big bottle. 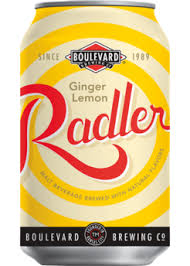 For Stacey’s first beer back to the show she picked the flag for pool beers back up and brought  Boulevard’s Ginger Lemon Radler to the table.  A good Radler is a nice mixture of lemonade and beer and is usually a low percentage. This Radler didn’t disappoint.  Stacey really liked the strong ginger flavor on the beer and  how it paired with the lemon. She thought that it was very refreshing and also did a nice job of neutralizing the taste of the Zima. If you don’t like ginger, this might not be the beer for you, but if you like a good Radler and are looking for a low percentage beer with a lot of flavor for the pool pick this one up.

Lauren’s pick this week comes from the fine folks at Sierra Nevada.  Beer Camp Golden IPA is a seasonal offering and actually this is the encore of a beer Sierra Nevada put out  last year.  Normally Lauren doesn’t like IPAs or hoppy beers.  She took a chance on this one and wasn’t disappointed.  She thought the beer wasn’t overly hoppy and had a nice citrus flavor that was actually very refreshing and not heavy, it also help get the Zima out of her mouth.  Even if you don’t like hoppy beers or even IPAs check this one out, especially if you are looking for something different to drink this summer. 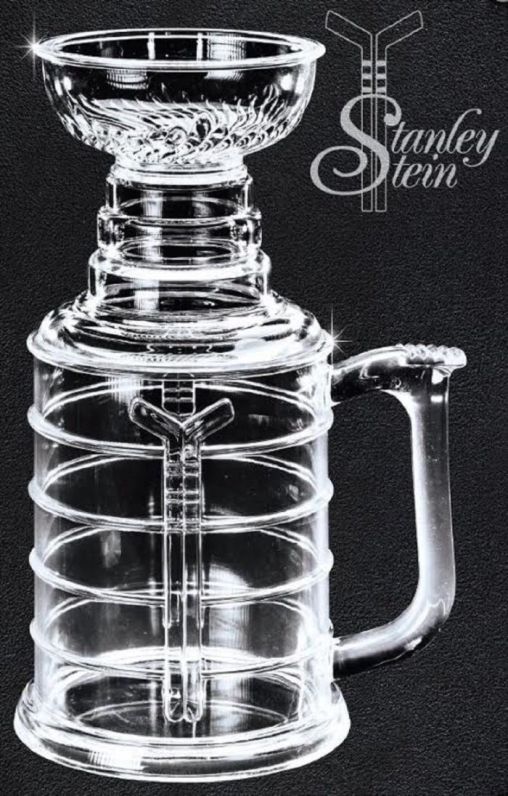 This week the CFO surprised Carrie with a Stanley Cup stein and she took full advantage to drink her pick out of the best trophy in all of sports.  Carri’s beer pick is from Stillwater Artisnal brewery out of Baltimore Maryland.  Stillwater was started by internationally known DJ and producer Brian Strumke in his backyard.  He’s paired with artists to design his cans and that clearly shows, Yacht’s can definitely has a sleek modern art feel to it.  Yacht is a  4.2% dry hopped session lager.  Overall Carrie liked drinking the beer out of the Stanely Cup better than she liked the beer.  It wasn’t bad beer, it just wasn’t great and pretty pedestrian.  She bought it as a single, so she isn’t sure how much a six or four pack would cost, but if you like the way you look holding modern art then pick this up, otherwise you might go with something else in the lager category.