Leigh’s in Mexico and we still have no idea where Stacey is, but Lauren and Carrie are still here and they are joined by guest Jillian Waitkus Executive Assistant to the Lexington Legends President. We talk Minor League baseball, give you a dose of culture with Carrie’s short review of the movie The Death of Stalin, find out that soil science is a major part of professional baseball with the fact of the week, find out who we would like to fill in for and play a jumbo Take It or Leave It with some MLB Stadium Food. There’s probably more, but you’ll just have to listen to find out what we left out in the description.

Listen to “Episode 106 Happier than a Pig at Home Plate” on Spreaker. 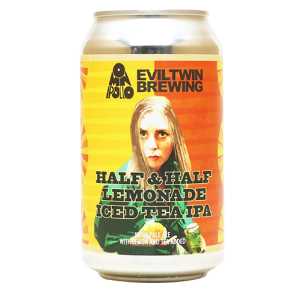 The sharin’ beer this week comes from EvilTwin Brewing.  Their Half & Half Lemonade Iced Tea IPA is a highly recommend, especially as the weather gets warmer.  Our guest this week, Jillian liked it so much, she finished it about a minute into the show.  Lauren wasn’t super high on it, she thought it was a little too tannic and artificial tasting.  Carrie, like Jillian also really enjoyed it.  It’s a lighter beer and the lemonade definitely masks any IPA bitterness, in fact if you didn’t know it was an IPA, you probably wouldn’t have guessed.  We couldn’t figure out where the tea came in, in terms of flavor, but if you like a fruit beer that’s pretty drinkable and not too sweet, pick this up.  Also check out their pink lemonade and regular lemonade offerings. 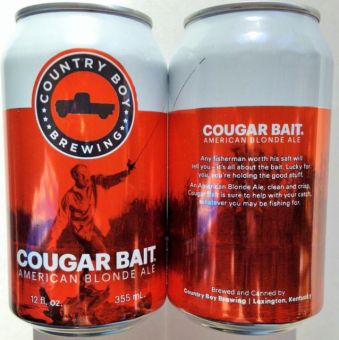 Our guest Jillian came prepared this week with local Lexington favorite, Country Boy Brewing’s Cougar Bait.  We always love supporting the local breweries in the area and Country Boy is one of our favorites.  Their Cougar Bait Blonde Ale is a standard Blonde Ale, easy to drink, but with a lot of flavor.  It’s got a slightly creamy mouth feel and is almost a little on the heavy side, but we definitely recommend it, especially for someone who is just getting into the craft beer scene.  Country Boy’s Nacho Bait is the Habanero form of Cougar Bait and we highly recommend that too! 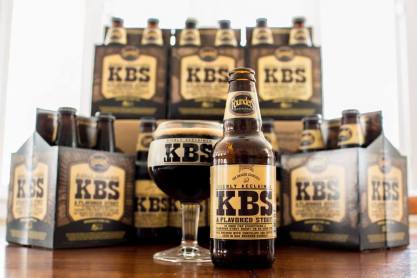 Lauren went dark this week with Founder’s KBS.  This is a special release every year from Founder’s brewing and it’s one that people stand in line for.  An ale brewed with chocolate and coffee and aged in oak bourbon barrels, it’s a must try if you can find it.  It’s no wonder people stand in line for it, it’s a great beer that has an amazing balance of chocolate and coffee without out the boozy finish even though it’s been aged in bourbon barrels.  Lauren declared it to be a bit dangerous because it was so easy to drink.  It’s only released in March, but definitely pick this up if you see it at your local liquor store.

Carrie doubled down on EvilTwin this week with the sharin’ beer and the Stanley Cup cup beer with their It’s Like I’m Having The Most Beautiful IPA and the most Terrible Nightmare At Once double hopped IPA.  The name of the beer is much more interesting than the beer itself.  That’s not to say that it was bad, it wasn’t, it was a pretty standard IPA.  If you like IPA’s then this is one you should probably try.  For it being double hopped it wasn’t super bitter or grapefruity and at 10.5% it wasn’t boozy and was super drinkable.  It’s a special release so it’s a little higher priced than other beers in the IPA category.  The bottom line is that in the world of IPA’s this is definitely one of them.