In this episode we welcome not one, but two guests to the show. Nick Reuss and Kyle Sutton “athletic trainers” at Transylvania University join us to talk more hangover stories, what athletic trainers really do and how concussion protocol is applied to athletes. We play another round of take it or leave it including pump your own gas, the Golden Globes and Bills Mafia table breaking. And of course we finish out our College Football Pick’em with the National Championship game.

The sharin’ beer this week was selected on name only, but actually turned out to be good beer.  Sweet Water Brewing’s The Pit & The Pendulum is a Belgian Style Ale with Peaches and Brettanomycees.  This beer had the potential to be way too sour, but Kyle, Nick, Carrie and Lauren all agreed that it was a well-balanced beer that was slightly peach forward without being a sour bomb.  As with this style of beer there was some sediment that poured in the bottom of the glass, but don’t let that put you off trying this one.  If you’re already tired of dark/winter type beers, lighten things up with this one.

Guest Kyle came prepared with a four pack of Rhinegeist’s Experimental J-Hole Red India Pale Ale.  Rhinegeist makes a ridiculous amount of beer and we haven’t found one yet that we haven’t liked.  The Experimental J-Hole is no exception.  It’s an IPA without being too much of an IPA, less bitter on the back end than many IPA’s it’s very drinkable even at 7% and that’s probably why Kyle had two. 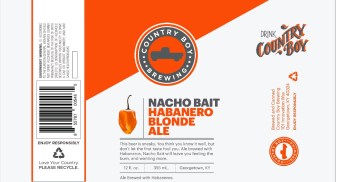 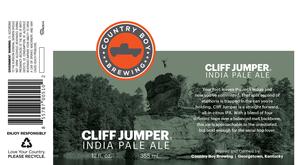 Our other guest Nick came even more prepared that Kyle with a variety pack of Country Boy beers.  Central Kentucky’s own Country Boy brewing makes a variety of delicious beer, but Nacho Bait and Cliff Jumper are two that we highly recommend.  Their Nacho Bait Habanero Blonde Ale is has a great heat balance and the Cliff Jumper is a solid IPA that anyone who enjoys IPAs would like.  Country Boy is becoming more widely available outside of Kentucky, so if you see either of these at your local beer/liquor store pick them both up.

Leigh doubled up this week and had two CiderBoys Peach County ciders.  CiderBoys make a lot of great cider and the Peach County was no exception.  Not too sweet with a good peach forward flavor, Leigh finished them both. 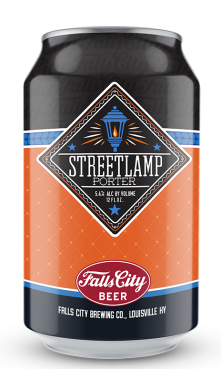 Lauren went with a Kentucky brewery this week, Louisville’s Falls City Beer Streetlamp Porter.  At 5.4% this is incredibly drinkable porter.  Even though the percentage is low, this beer still has all the malty, roasted nuttiness, chocolate flavors that you want in a porter.  This is definitely a smooth east drinking porter style beer that you will probably want to have more than one of.

Carrie was gifted several beers from friend of the show Ben for the holidays and InFamous Brewing’s Sweep The Leg was one of them.  Carrie was pretty excited to try this one, not only because we’ve never had anything from InFamous Brewing, but also because Sweep The Leg is a Peanut Butter Stout Ale, which is one of Carrie’s favorite styles.  Any peanut butter stout is going to be hard to measure up to Blue Stallion’s Ya Damn Skippy, but Sweep The Leg definitely delivered what it promised.  In addition to a great label, the beer itself was very drinkable.  The peanut butter was more subtle than Carrie would have liked, but there was a good balance of chocolate and maltiness that was able to come through.  Great name, very cool label and an overall solid peanut butter stout offering.   We are defintely interested in trying more beer from InFamous Brewing in the future.