In this episode we are all over the place with topics. We drink Christmas beer in 64 degree weather, talk about the laughing stock that is the Tennessee coaching search,, discuss weather or not we care about Prince Harry getting engaged, talk about the fact that Odell Beckham paid the LSU band director to play a song and pick the Army v Navy game. Most importantly though we pick the first side of our Christmas movie bracket. Why does Lauren hate White Christmas so much and what’s Carrie’s problem with It’s A Wonderful Life? You’ll just have to listen to find out.

Listen to “Episode 89 Home Alone vs Charlie Brown” on Spreaker.

The sharin’ beer this week comes all the way from Jolly ol’ England, which is probably appropriate since we discussed the future marriage of Prince Harry.  Ridgeway Brewing’s Reindeer’s Revolt is an English Christmas Ale with a really great label.  The beer itself is good, but Stacey, Lauren and Carrie all had different opinions on the flavor.  Carrie felt like this was a standard English Ale, a little bitter, but with none of the flavors of what you might expect in a Christmas Ale.  Lauren and Stacey liked the beer and thought it had a nice carmel flavor and did evoke some notes of Christmas ale.  Either way this is a solid beer with a great label, it is an import so if you can find it it’s worth picking up, especially if you like English Ales. 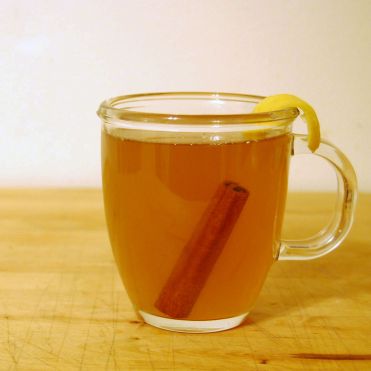 Leigh’s voice was on the outs this week so instead of beer or cider she chose to go with the drink of choice for many people suffering with throat trouble or anyone who happens to be an Ole Miss fan, the Hot Toddy.  The classic drink consists of tea, honey, lemon and bourbon.  Leigh had the bourbon (Jim Beam), the tea and the honey.  Unfortunately you need to get the proportions in this drink correct or else it just isn’t gonna taste right.  Leigh didn’t and even though she finished it, it wasn’t great.  It’s still a classic drink though, even if you aren’t having throat trouble and you’re just looking for an adult hot beverage. 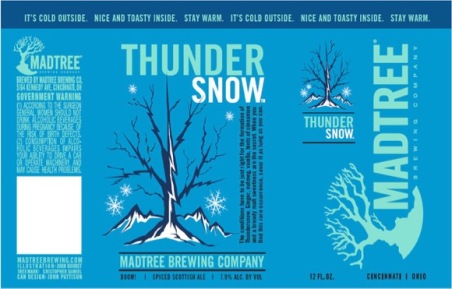 Stacey’s choice this week comes from MadTree Brewing, we can’t say enough about MadTree, they just keep brewing up delicious beer.  Thunder Snow is not only a weather phenomenon, but it’s also a spiced Scottish Ale.  If you’re looking for an alternative to Christmas Ales this might be the beer that you are looking for.  It has a good spice flavor that is balanced nicely by the carmel flavor of the Scottish Ale.  Add this one to your winter beer list and not just for the name.

We were all in on the Christmas/Winter Ales this week and Lauren’s pick was no exception.  Abita Brewing’s Christmas Ale is another seasonal beer with a great label.  Lauren liked the beer, but found it a bit hoppy for her taste.  If you’re looking for a Christmas Ale that has some hop flavor to balance out those spices pick up some Abita Christmas Ale. 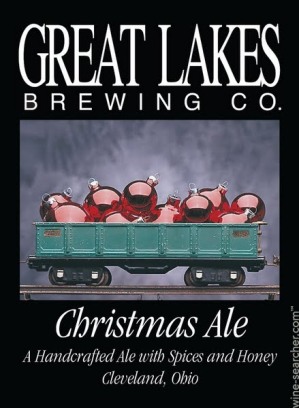 To finish out the Christmas theme this week, Carrie’s pick comes from Great Lakes Brewing, their Christmas Ale brewed with spices and honey is a very good beer in this style.  The spices and honey are evident, but not overpowering like you get from some Christmas Ales.  If you like this style of beer it’s definitely a recommend, if Christmas Ale’s aren’t your thing we still suggest trying this one, it might change your mind.