This week Stacey is back in the fourth chair and we are joined by former UK basketball player, radio host and motivational speaker Cameron Mills. We come up with the next fitness crazy Gym Rope, hear about Cameron’s first experience with beer, talk UNC Academic scandal, and of course give our week 9 college football pick’ems. There is just way too much in this episode to cram into a description so you’re just gonna have to listen.

Our guest this week, Cameron Mills decided to go the non-alcoholic route for his beverage of choice.  We totally support this and was happy that Lauren was able to offer him one of his favorite beverages Ginger Ale.  Not much to say about this one, other than the fact that it’s ginger ale and if you like ginger ale then you’ve definitely had Canada Dry.  The best part of Cameron’s choice was the fact that he told a great story to go along with it.  You’ll just have to listen to the episode to hear it.

Carrie had an interesting choice for this week’s sharin’ beer, especially since Stacey was back on the show.  Braxton brewing Graeter’s Blueberry Pie Brown Ale.  Braxton makes some good beer and their Grater’s black raspberry chip is delicious, unfortunately not everything can be a winner and this beer is just not good.  It’s too sweet and the blueberry flavor is too chemically, even though the label says that it’s made with real blueberries.  If you are interested in trying this or judging for yourself we highly encourage you to buy a single or split a six pack with some people.  This is one beer that would be very difficult to drink a whole one or have more than one.  The one thing that it does have going for it is the fact that the proceeds from sales go to cancer research.

Leigh found a new flavor from Cider Boys this week, Zen Berry.  This cider is supposed to be made with boysenberries, but we aren’t sure what those are supposed to taste like, so we’ll just take the Cider Boys word for it.  This cider definitely delivered what it promised on berry flavor.  Not sure about the Zen, but Leigh thought it was very sweet, to the point where she probably couldn’t have more than one.  If you like Cider Boys products and are interested in trying a new flavor pick this up, nothing super special here, but worth a try.

Stacey was in the fourth chair this week and of course she had to have her beer in the can.  Her pick this week is from MadTree Brewing.  MadTree makes a lot of fine products including Psychopathy, which is an excellent IPA, Lift, however, is a Kölsch style beer.  This is one that would be perfect for the summer or an 80 degree day in October.  Not much to say about this one, except it’s a standard Kolsch and is very drinkable. If you are looking for something lighter or just like a good Kolsch style beer then pick this one up.

Lauren went with more of a seasonal fall pick this week with Lazy Magnolia’s Jeff Stout Sweet Potato Cream Stout.  This is a great beer for that cooler fall weather.  Even though it’s a cream stout it’s not heavy at all and has a nice carmel flavor.  Lauren wasn’t sure how the sweet potatoes played in the beer, but they didn’t negatively affect the flavor.  If you are in the market for a fall beer with a little creaminess, some nice nuttiness and a good carmel flavor pick this one up. 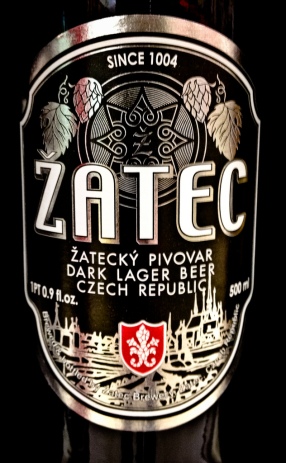 Carrie’s beer this week comes from Zatec brewery in the Czech Republic.  The main reason Carrie picked up this beer was because of the date on the label “since 1004”.  Any brewery that’s been around that long has to know what they’re doing.  This dark lager is perfect for cooler weather and shorter days.  If you want a darker beer for this time of year, but a stout or porter is just to heavy for you look for this beer or the dark lager style.  It combines the richness of a dark beer with the lightness of a lager, which means you could definitely have more than one.  Highly recommend, to drink on those cold rainy late fall days.