Episode 82 It’s a Beer Trappe!  We talk craft beer with Kevin Patterson live from The Beer Trappe. If you’re into craft beer or even if you aren’t we guarantee you will learn something about beer on this episode. Leigh goes off on the MLB, we fall down the GBS fact hole about the World Series, Carrie has her say about the USMNT we do our week 8 college pick’em and more!

Listen to “Episode 82 It’s A Beer Trappe!” on Spreaker.

Don’t let this label fool you, Carrie’s pick this week, EvilTwin Brewing’s Pink Lemonade IPA is a delicious, refreshing beer that you’ll want to drink year round.  Even if you aren’t a fan of IPA’s we guarantee you will like this beer.  Not too bitter, with just enough grapefruit to give it a little bite, this beer really tastes like pink lemonade, tart, sweet and very refreshing.  There isn’t much more we can say about this one, you’ll just have to try it for yourself. 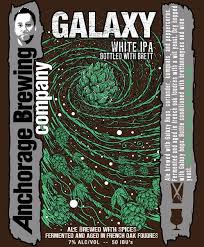 This week’s guest Kevin, went with an on draft offering from The Beer Trappe, Anchorage Brewing’s Galaxy White IPA.  If you are looking for a sour, farmhouse type IPA without the cloudiness that’s typical of those types of beers then definitely check this one out.  It’s got a funky, almost wine like quality to it, again without being overpoweringly sour or too bitter on the back-end.  Kevin defintely recommends this one again even if you aren’t a fan of the genre, we’d listen to Kevin, he is a certified beer guide.

The Beer Trappe offers a couple of gluten-free options in their cooler, which made Leigh very happy since she doesn’t get to drink beer too often when she goes out.  She chose the Green’s amber ale for this week’s show and she wasn’t disappointed.  Green’s has several gluten free variety’s of beer and this one would be great for this time of year (fall).  It tasted like beer and wasn’t overly sweet like many dark gluten free beers can be.  Even if you aren’t gluten free, we would recommend trying this one just because, we’re pretty sure it will change your opinion of gluten free beers.