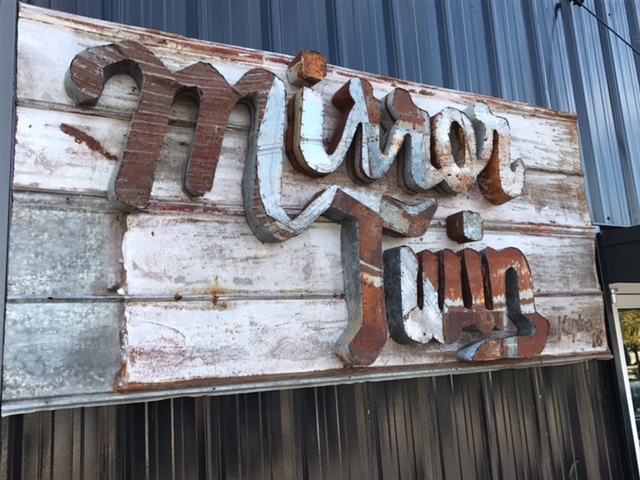 In this episode we have our first ever live taping from Mirror Twin Brewing Co here in Lexington Kentucky in honor of their one year anniversary on Sept.30th. Head brewer and co-owner Derek joins us to talk all things beer and how the first year for Mirror Twin has gone. We also talk about Playboy, the NCAA scandal/disaster and whether college players should be played and of course we have our week 6 College Football Pick’em.

Listen to “Episode 80 Twining” on Spreaker.

This week was all about Mirror Twin and their amazing selection of beers.  With so many to choose from we guarantee you will find something you like or even something new.   We can’t say enough about their beer or the fact that they have some of the best pizza in Lexington courtesy of Rolling Oven, which is set up inside the brewery.  Nothing goes better together than pizza and beer and you certainly can’t go wrong with Mirror Twin and Rolling Oven.

In terms of what we drank on the show this week….

(Note: The Stanley Cup cup was there, just didn’t make the picture)  Although Mirror Twin doesn’t currently make their own cider, they also have one on rotating draft for those that can’t drink beer or just aren’t beer drinkers.  This week’s offering was Bubbles from Rhubegeist.  Leigh chose to have it in the can, although it was available on draft as well.  This a really good classic popular cider that Leigh has had in the past.  It’s not too sweet and paired really good with the gluten-free pizza that she had (the pizza isn’t pictured, but Rolling Oven does offer that option).

Carrie went with the Don’t Haze Me Bro, which is a hazey IPA, but turns out is also a New England style IPA, which has become more and more popular.  You’ll have to listen to the episode to hear what Derek has to say about making this style of beer, particularly how no two batches have been alike.  As for the beer itself, it’s has a slightly creamy mouth feel with just a touch of bitterness on the back-end.  Carrie isn’t a huge fan of cloudy beers, but this one was really good, so good in fact she had to get the CFO to get her another one during taping.

Lauren went an Autumn Amber called House of Mirrors, which is a collaboration with Rock House Brewing (check out our episode Rock House not Rolling Rock with Kindsey Bernhard for more info on this Lexington Brewery).  This is a great fall beer with a low percentage of only 4.9%.  Browns or Ambers tend to be great fall beers because they give you just enough flavor for the cool weather without being too heavy.

We can’t say enough about Mirror Twin and Rolling Oven pizza.  We had a blast doing our first live taping from their tap-room.  We can’t say enough about the great beer they produce and their kid/dog friendly environment.  If you live in Lexington and haven’t been there yet, stop reading this and go right now.  If you live outside of Lexington make sure you put Mirror Twin on your list of must stop places when/if you ever visit, tell ’em Girls, Beer, Sports sent ya!