This week we welcome Leigh back to the show. Find out if bootlegged movies are still a thing, whether or not we’d eat a fried scorpion and what’s up with all that cheering in softball dugouts.

This week’s sharin’ beer is actually a sharin’ cider.  Angry Orchard’s Tapped Maple is a seasonal cider with a touch of maple.  Leigh usually doesn’t get to partake in the sharin’ beer but again since this was a cider she got to try it along with Lauren and Carrie.  Leigh actually gave it a pretty high rating, even saying that she could probably drink two of them without getting overpowered with sweetness.  And she found it much more drinkable than Woodchuck’s Pancake Campfire, which is indescribably bad.  Lauren and Carrie thought the Tapped Maple was still a bit to sweet and Lauren was put off by the seemingly artificial maple flavor (although please note, Lauren doesn’t like maple).  However, if you like maple and are looking for something different in the cider category it would be worth picking this up, just stay away from Pancake Campfire. 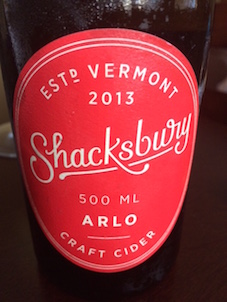 Leigh’s pick this week was  really nice contrast to the sweetness of the Tapped Maple.  Shacksbury Arlo is a dry semi-sweet traditional cider that drinks very nice at 6.2%.  Leigh really liked it and again really enjoyed it against the sweetness of the Tapped Maple.  If you are looking for a traditional dry, semi-sweet cider in a nice sized bottle pick this up.

Lauren’s pick comes from Good Wood Brewing in Louisville KY.  Aptly named Hemp Gose, this beer is pretty much exactly as described.  It’s a gose style beer aged on hemp.  Lauren wasn’t sure what to expect from this beer, since she wasn’t sure what the hemp would add to the flavor of the beer.  She expected a possible grassy or maybe earthy taste, she really didn’t get any of that from this beer.  The gose itself was ok, but was way too sour and didn’t have the salty/fruit flavor that you would want from this style of beer.  Lauren didn’t feel like the hemp really added anything to the flavor.  If you are really into sours though, pick this up.

Carrie’s pick this week comes from Oskar Blues Brewery in Colorado.  Fugli is a fruit IPA made with Yuzu and Ugli fruits.  Having the two fruits, Carrie really expected more out of this beer.  Unfortunately the fruit flavor just didn’t come thru.  The IPA was a standard IPA, but Carrie was expecting to get a burst of fruit flavor in what seemingly had the potential to be a nice summer time beer, but unfortunately that just never materialized with this beer.  The final conclusion was that possibly these two fruits were just to subtle to overcome the hops of the IPA.