On Saturday Lauren and Carrie along with the CFO ventured to downtown Lexington, Kentucky to take in the sights and sounds of the Alltech Craft Beer and Food Fest.  This beer festival keeps getting bigger and better and this year was no exception.  There were breweries from all over the state of Kentucky and the country, not to mention food and live music throughout the day.   This craft beer festival is also a great value, for $30 ($35 at the door), you get a small tasting glass and 20 tickets, even though the tasting glass is small, 20 pours of various high percentage beers will hit you quicker that you think.  With 51 breweries to choose from, most offering two or three selections, in addition to special tappings throughout the day it was really difficult to drink all the beer, but we gave it our best shot. (All the beers that we did drink will be in another post).

This year Alltech moved the event into a bigger space, which was awesome!  We always like to get there early, before the crowds start rolling in, but even when more people started to show up later in the afternoon it still didn’t seem that crowded.  There was plenty of space to walk, sit, stand and get more beer.  The longest beer lines were for the special tappings, but even those didn’t feel as crowded as they had in years past.

We’ve been to outdoor craft beer festivals, and drinking outside is always awesome, but it was nice to be in a climate controlled area since it was very hot, humid and threatening rain throughout most of the afternoon.

Instead of trying to announce what was being tapped at what time, they installed these great video screens to inform you of the latest special tapping.  It was just a matter of remembering to look up.

Even in small quantities, high percentage beer can sneak up on you.  One of the best ways to help with that is food and there was plenty to choose from.  The bbq nachos from the Sweet Spot were exceptionally tasty and at $7 were also a great value.  Some festival goers chose to bring their own food in the form of the pretzel necklace.  We’ve talked about pretzel necklaces on the show before and even after Saturday we still aren’t convinced that these provide much sustenance, but we counted 50 people wearing them before we left for the day.

Another great thing that the festival does is provide free coffee and water stations throughout the venue for either designated drivers or those wanting to pace themselves.

In addition to craft beer there were also opportunities to  use your tickets to sample craft bourbon, vodka and other spirits. 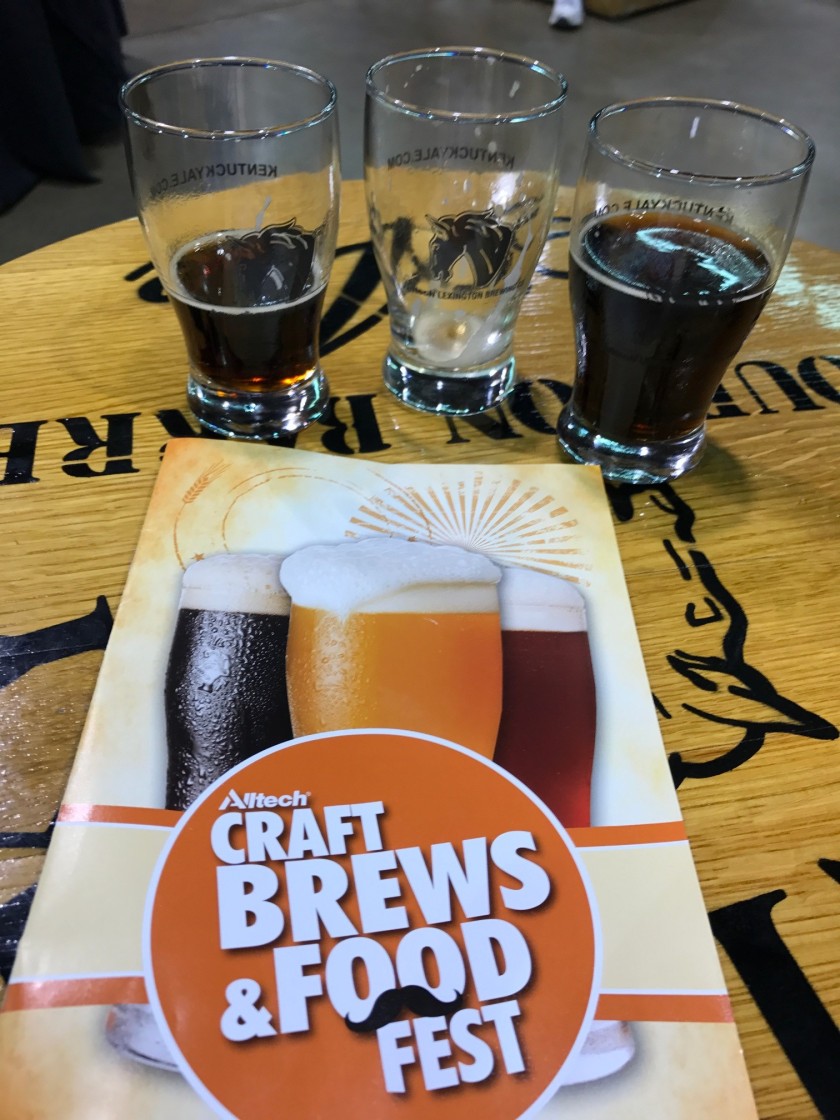 Overall we can’t say enough good things about the Alltech Craft Beer and Food Festival that closes out Craft Beer week in Lexington every year.  More beer, more food and more space!  If you have never been you need to check it out and if you have been then you know you should definitely come back next year.